What have I missed out?!

What a super time we are having this hal…

What a super evening we had last Friday.…

Last Family Mass of the year!

It’s all go! A curriculum extravaganza!

What a very busy week we have had. Monda…

On Monday, we had a great time on our vi…

We have had a super day with Dan and we…

What a busy time we are having!…

Bobble hats, gymnasts, aliens, a rescue mission and a schnauzer…

This time of year is always a lovely tim…

I have always liked the word 'joy' and,…

Well done to our Year 3 and 4 children,…

What a lovely Saturday we had together!…

What a lovely time the children had meet…

Together again…with instruments, voices and a chicken swing?

In the middle of a Zoom meeting, a letter had been left on my table. When I eventually found it, it read:

‘Francis is VERY vocal today. I have given him some cheese. I googled it and they like it’

I’ll rewind to earlier in the week when I went to investigate a bit of commotion. Mr. Gilmour called over to let me know that a parrot had landed near our bird hide. I laughed when I saw it (thinking it was a toy) and then it moved! After putting its picture on social media and having no responses from an owner, we decided he must have been sent to us as a new addition to school.

I now have a special food preparation area and go out to lay its favourite spread on its giant bird perch. The daily morning routine has been pear, apple and seed but I couldn’t get out to do this on Friday, as the day began with assembly and then I had a meeting. In my absence, Francis (this is its name) was clearly not happy and was making it known to Mrs Luke and the children. It was Mrs Luke who wrote the note and left it on my table.

After going on to check on him/her, I was met with very loud squawks and then it came and landed. As usual, I calved the pear and layer the seed and it landed on the perch. Fascinating! Who has a huge outdoor bird hide and bird watch area with their very own parrot to observe?! 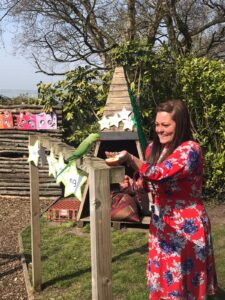 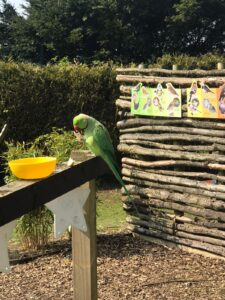 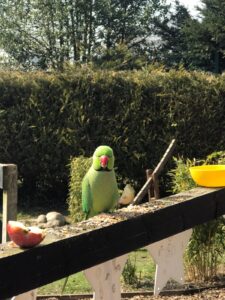 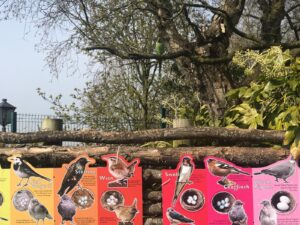 The children came out to see Francis and he seems to enjoy the company. The infants used the opportunity for a big write adventure story about a parrot and they were amazing.

This week, I was amazed with Beacon Class and I can honestly say with every single child’s poem about the ocean. My tissue box was needed as they incorporated ethical thinking within them. Beautifully presented and all individual, the imagery blew me away. We are publishing the poems and leaving the anthology at the entrance to school to let visitors read. We are also sending the poems to an author for feedback and external celebration.
Regarding the oceans, please continue to collect plastic tops for huge art work projects in a a bid to decorate outside school but also to do our part for our world.

Fairsnape have amazed us all with their spider sketches, from the current text study of traditional folk tales, and they are superb. We had to chuckle because the children are making their own planters in DT to link with the plants and growth topic and they had explored wonderful and unique planters. One even included a huge bath!
You won’t believe this but I received, what I was told, was a very urgent phone call from Mr Robinson and he had told Miss Taylor that he had to speak to me immediately.

Never being able to second guess what problems crop up, I listened and smiled. He was on his way to a charity shop and he noticed a huge bath going free outside a house but there were now other people with him enquiring. Mr Robinson thought it would be good in the science area but wanted to check. Obviously, we now have a huge bath planter near the greenhouse and the children couldn’t believe it when it arrived as they had only just been talking about planters the previous day! Things just seem to fit into place when you don’t expect it! 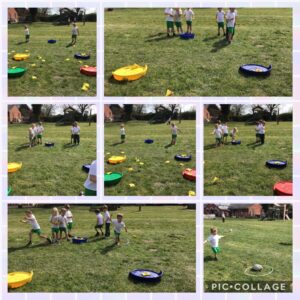 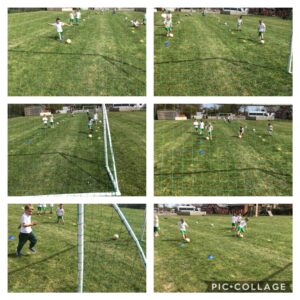 Some of the infants have been involved in a Preston schools sports competition and the children were great! Thank you Mr McGill and Miss Woodcock for taking extra time to prepare the children for this event…we will keep you posted with the results!

As the glorious weather continues, please try to send your child to school with 24 hour sun cream, applied at home, and a hat. We will keep refilling water bottles in school.

Have a lovely weekend!