I have always liked the word 'joy' and,…

Well done to our Year 3 and 4 children,…

What a lovely Saturday we had together!…

What a lovely time the children had meet…

Together again…with instruments, voices and a chicken swing?

What a lovely treat to have the ice-crea…

We have had a lovely day ( quite competi…

Well, this is an exciting blog because I…

An important landmark in a child’s life…

…and don’t forget to add some enchanted…

I absolutely love our school displays! B…

Wow, two words you would not usually associate with each other..Reception children having fencing lessons?

It says something when you are so organised, you forget you have been organised and then look incredibly disorganised! Last Thursday, our fencing coach came into school for another term of lessons and we found that every year group has already had lessons…except from Reception Class! The quiet look of fear from the fencing teacher said it all! It turned out that it was all okay because he had taught little ones before. Into the school hall the little ones came and they have certainly wowed us with their professionalism ever since! You will be able to see from the pictures that the children are thoroughly enjoying their lessons. Who knew it could be done!

New UFA groups have begun. I now lead an animal free animal welfare UFA group. The babies have all gone and so have the mummies, apart from Gloves! We will be hatching new Bantam chicks after the half term so we have been clearing out all of the animal lands ready for a fresh start. Loom band creations have begun and it was a joy to see the children sat in a group outdoors enjoying each other’s company as they created various bracelets. I believe there has been a challenge set for the children to create mini animals-we will wait and see! Mrs Riley is leading the cookery group, Mr Howarth leads a sports club and we are busy float making for the Goosnargh Festival. If anybody has an inflatable Minion costume I could borrow, let me know! At least roller boots or Pogo sticks aren’t a consideration this year but I think I might be driving a Gator alongside Mr (Grew) Gilmour as we tow a giant banana full of Nursery and Pre-School children. Wow-you don’t get to say that often in a school! Mr Gilmour and I were called into Fairsnape Class this afternoon to see children perform on their ukuleles – the children are working hard, learning new chords for ‘Twinkle Twinkle, Little Star’. It is great to see the children engaging in new skills and having fun! 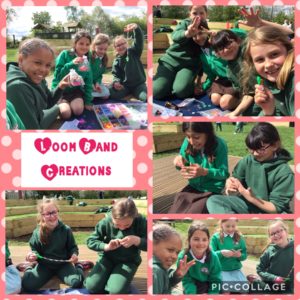 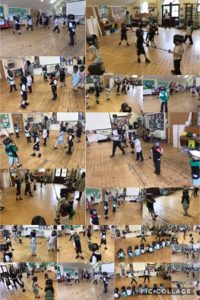 Well done to all children in Year 4, 5 and 6 who participated in the Football and Netball Tournament on Monday. As always, our children were super stars and displayed courtesy and good manners at all times. The children just missed playing in the semi finals. Amazing! Next week, some of our Year 3 and 4 class are playing in the tennis competition. Reception children are taking part in an athletics competition and I believe our Year 1 and 2 children will be competing in the gymnastics competition soon. We are so proud of our children.

I thank our PTFA, who are busy setting up for the Quiz Night at Goosnargh Village Hall. We have our staff team ready and we hope to see many friends and families there. It is a child friendly quiz led by our very own Chair of Governors Michael Blair!

Have a lovely long weekend.